This site is open to everybody interested in the creative world of Purbeck. Please feel free to add comments or messages. Just click on the "comments" link and I'll put them on the page.

Want to be creative? We want you to send us your artwork of Dorset for our new Sketch Dorset gallery.
Get your paint brushes out as the weather gets better and splash Dorset's beauty onto your canvas.
Dorset is full of inspiration for creative people. The countryside and the Jurassic coast are an artist's paradise.
Your weather photos have shown us how creative you are with your camera. Now we want you to help us build a gallery of artwork showing us picturesque Dorset.
Your artwork can be a detailed sketch or a simple doodle. Or you might want to make it vibrant and use acrylics, oils, pastels or watercolour. It's entirely your choice.Once you've created your masterpiece, we want you to take a digital photo of it and send it to us at :
dorset@bbc.co.uk
Please include your name, location and the name of your artwork.
Don't have a digital camera handy? You can bring your artwork to us at the BBC Dorset office in Dorchester where we can take a snap of it.
Mike Hadley
Posted by Peter John Cooper at 11:16 pm No comments:

Swanage Seen - display board mockups
Please note that these are only mockups at present - final text and layout to be agreed! 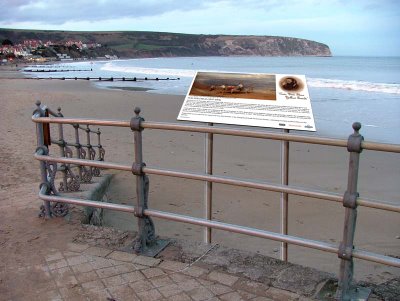 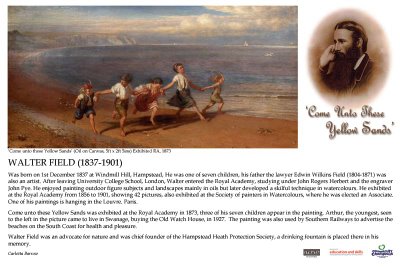 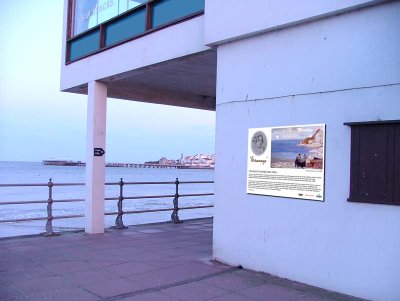 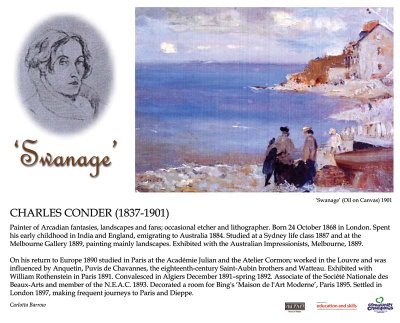 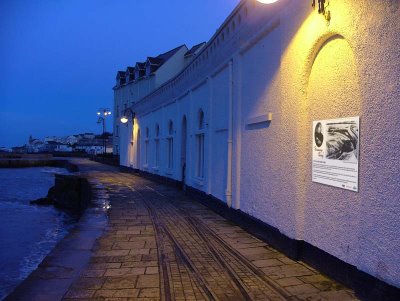 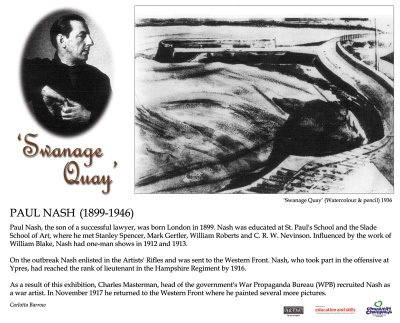 "We hope you will take part so we can repeat the very successful event in 2005.

Our intention is to provide a quality selling opportunity for artists and galleries in this locality and to promote their work to both locals and the very large number of visitors that come here on holiday over the last May Bank Holiday weekend. We feel it is important to fill the gap in the interim years of Dorset Art Weeks to maintain some continuity of expectation in the minds of our visitors. We also want to give those artists who are unable or unwilling to exhibit at their place of work an opportunity to show their work by providing group exhibitions. Our shows at Rollington Barn are becoming increasingly successful and this year we also plan a themed group show at Slepe Farm. More info in due course! "

Application form and fee to be received by Friday 23rd February.
Posted by Peter John Cooper at 8:09 pm No comments: 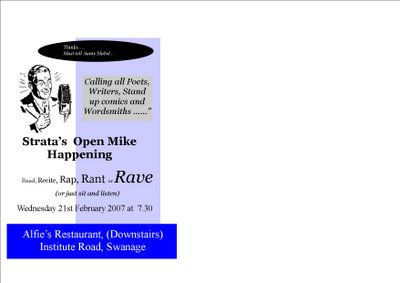 Click on the image for full view
Posted by Peter John Cooper at 12:02 pm No comments:

3. Formation of company. The paperwork is now in place and just needs assembling and signing by putative directors. The following votes were taken:
i) That Strata should constitute itself as a group with a membership
Proposed: Nick Goulding
Seconded: Karen Delahay
Carried: Nem. Con.

ii) The membership fees until AGM should be £5 for individuals, £25 for corporate organisations. Concessions for members to include reduced rates for entrance to events and free web page on Strata web site.
Proposed: Wendy Warham
Seconded: Carlotta Barrow
Carried: Nem.Con.

It was agreed without a vote that the AGM should be September 2007.

4. Website. Shannon pointed out that no-one had yet contacted him with web-page requirements. Paul and Richard Jeffrey will meet with Shannon to talk about content management software. Peter and Matt will continue with content and diary.

5. Project Progress. Carlotta reported on continuing progress with the Paintings on the Prom. There had been a meeting with PDC who had come back with some objections to sites chosen. Planning is now the main hurdle to overcome. There are some alternatives to preferred sites. Carlotta was still planning for an unveiling of the first three sites by Purbeck Art Week..

It was suggested that these paintings could form the basis of a calendar and diary.

The Hoteliers had expressed interest in developing an Arts Festival in Swanage. The week before Art Week had been suggested. Keith urged Strata to get involved in planning for this. Karen agreed to communicate ith Hoteliers.

Matt announced a 2 day festival at Holton lee on 15th to 17th June.

The Youth and Community Centre is due to take delivery of a digital recording studio on Friday this week. Bookings can be made through Matt.

The Circus Skills School at the Youth and Community centre was in some danger of closing because of new booking arrangements by Dorset County Council. The School cannot afford new advance fees. It was suggested that this is an ideal subject for a grant application.

The first Open Mike Happening at Bar One proved to be a good evening with 25 people attending. The second happening will be downstairs at Alfie’s Restaurant on Wednesday 21st February at 7.30

Members were reminded that projects were required by the Creative Dorset partnership.

There is a Quiz Night at California Barn on 17th February. Everyone invited.

The Meeting running late, no further business was conducted.

Next meeting: Wednesday 7th March at 7.30 pm at Sandi Clarke's House.
Posted by Peter John Cooper at 11:32 am No comments: